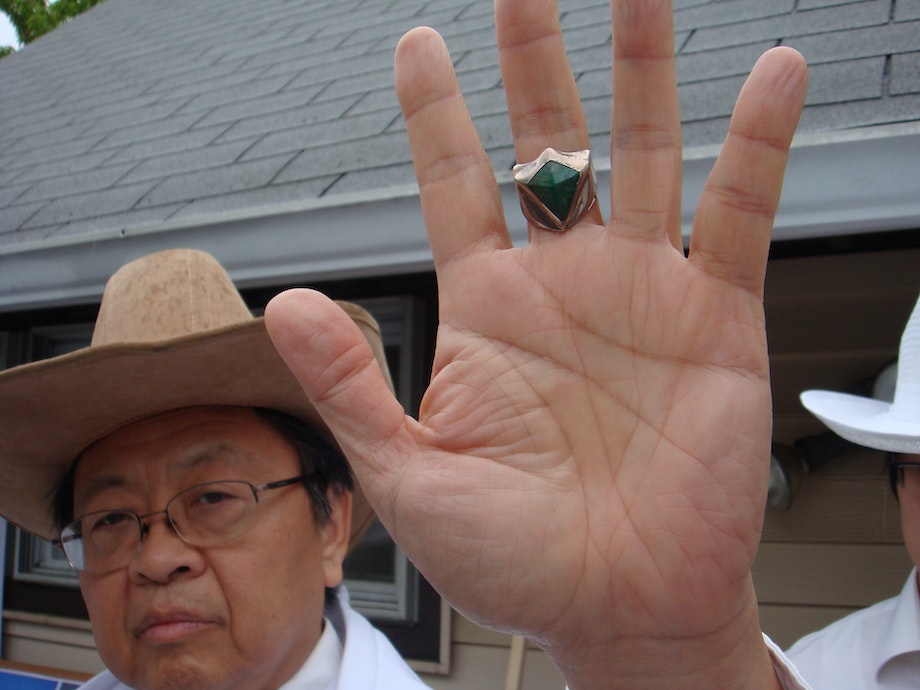 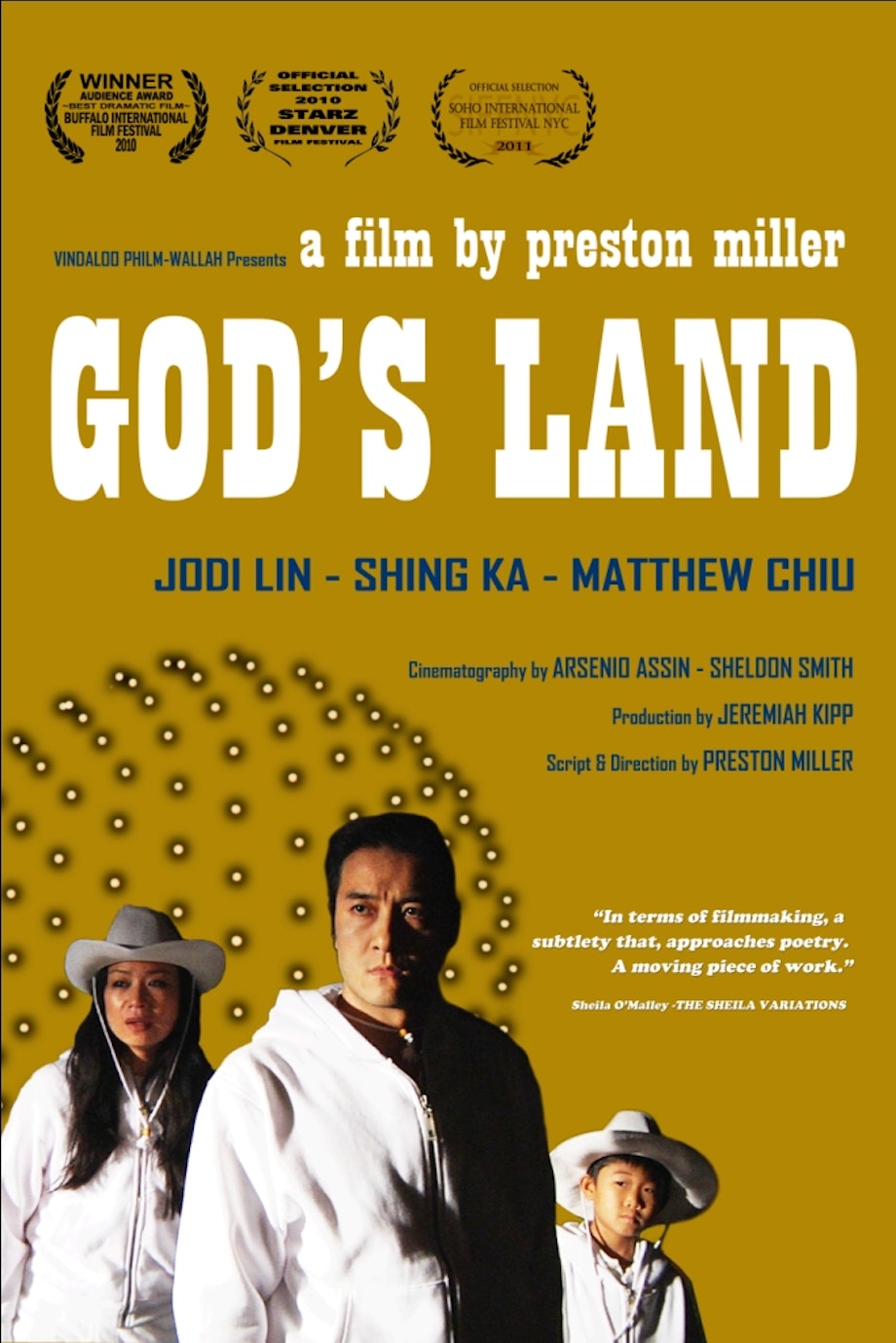 Available to stream at www.fandor.com

Based on the true story of the “God Saves the Earth Flying Saucer Foundation,” God’s Land is a gentle comedy of cultural dislocation; a bittersweet story about searching for faith in strange places.

At the stroke of midnight on the Twenty-Fifth of March, in the suburban Texas town of Garland, the voice of God will be heard. The directive of the Creator will pre-empt all other programming on Cable Channel 18, and there He will deliver a message of eternal love, space travel and the end of the world. TEACHER CHEN is beckoned from Taiwan to Texas, to GOD’s LAND, at the behest of the Almighty himself to await further instructions. His followers come to wait with him, among them doctors, lawyers, professors and their families. They do their best to blend in to their new surroundings: they buy land, try to learn English and dress exclusively in white jumpsuits, boots and large white cowboy hats. One of the followers is a young doctor named HOU, his wife XIU and their 8-year-old son OLLIE. When the young family arrives, their new community is already the center of attention in the otherwise quiet suburban community. The police and press are keeping a close watch on their small matching houses and perfect lawns, for fear of an unspeakable demise (this was the age of Heaven’s Gate and the Branch Dravidians). Their white, Texan neighbors stare from their riding lawn mowers and whisper in the isles of shopping malls, riveted by the impending disaster which blankets the television. The story is told primarily from the point of view of XIU, uprooted from her comfortable life as the wife of a successful doctor and transplanted in Texas, to live semi-communal style. In the meantime her husband HOU is one of the Teachers most fervent followers. While he accepts the teachers predictions with enthusiasm, she sees only a loopy old man who speaks to God in the palm of his hand, names his own children Jesus and Buddha and waits to be taken into space in the garden gazebo. She also sees her family falling apart, and misses home. Based on the true story of “God Saves the Earth Saucer Foundation,” GOD’s LAND is a gentle comedy of cultural dislocation; a bittersweet story about searching for faith is strange places. These pilgrims are strangers in Texas, an arid paradise of perfect sameness. The preordained time arrives. Now the real search for spiritual truth begins. One has to choose to surrender. ________________________________________________________________________________________________________

After hearing about “God Saves the Earth Flying Saucer Foundation” when they briefly made the news in early 1998, I was immediately hooked into the story of these funny looking Taiwanese visitors. They were decked out in their all-white jump suits and cowboy hats worn so that they could “fit in” with their new suburban Texas neighbors. The fact that their religious beliefs bordered more on a Marx Brothers farce than any actual dogma delighted me. What later struck my passion was that most of these followers were not disenfranchised youngsters but well-paid doctors and lawyers, most with college degrees. Under much introspection of faith and family, they decided to sell off their possessions and follow Teacher CHEN to America, much to the derision of their society that is less tolerant to this behavior than our own. Many wives and children had little choice but to follow their husbands and fathers on this quest.

This is when the struggle within the father of this imagined family appeared to me. He loves his family as any good father does, but believes that he is here for a higher purpose. The mother, forced to live a way that she’s not accustomed to must make the decision to place the loyalty to her husband above what she thinks is best for her self and her son. There are no evil, selfish characters here. Everyone wants what is best, but that in itself is irreconcilable. The decisions must be made to act with the group or alone.

The sincerity and concrete convictions of the individuals of a religious ‘cult’ are too often dismissed by those who claim to be wiser, who seem to know better. A friend of mine summed it up well. He said imagine if you were the only one you knew who dreamed when you sleep. How could you explain to others what you saw? Would people think you were mad if you told them? Would you think that you were cursed or insane yourself? I wanted to see how these loving, peaceful characters would react under such intense scrutiny, such self-doubt.