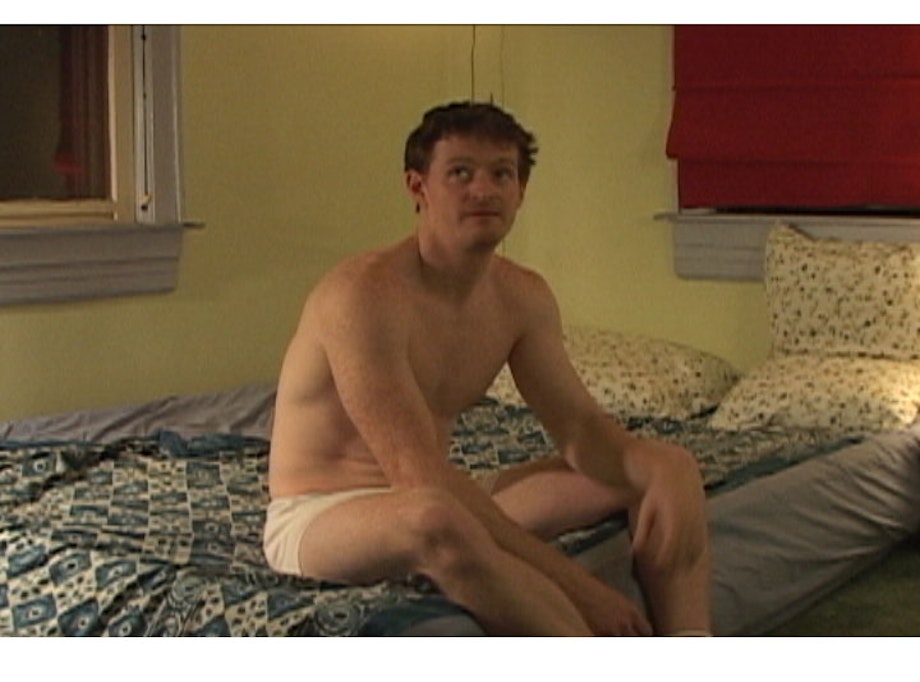 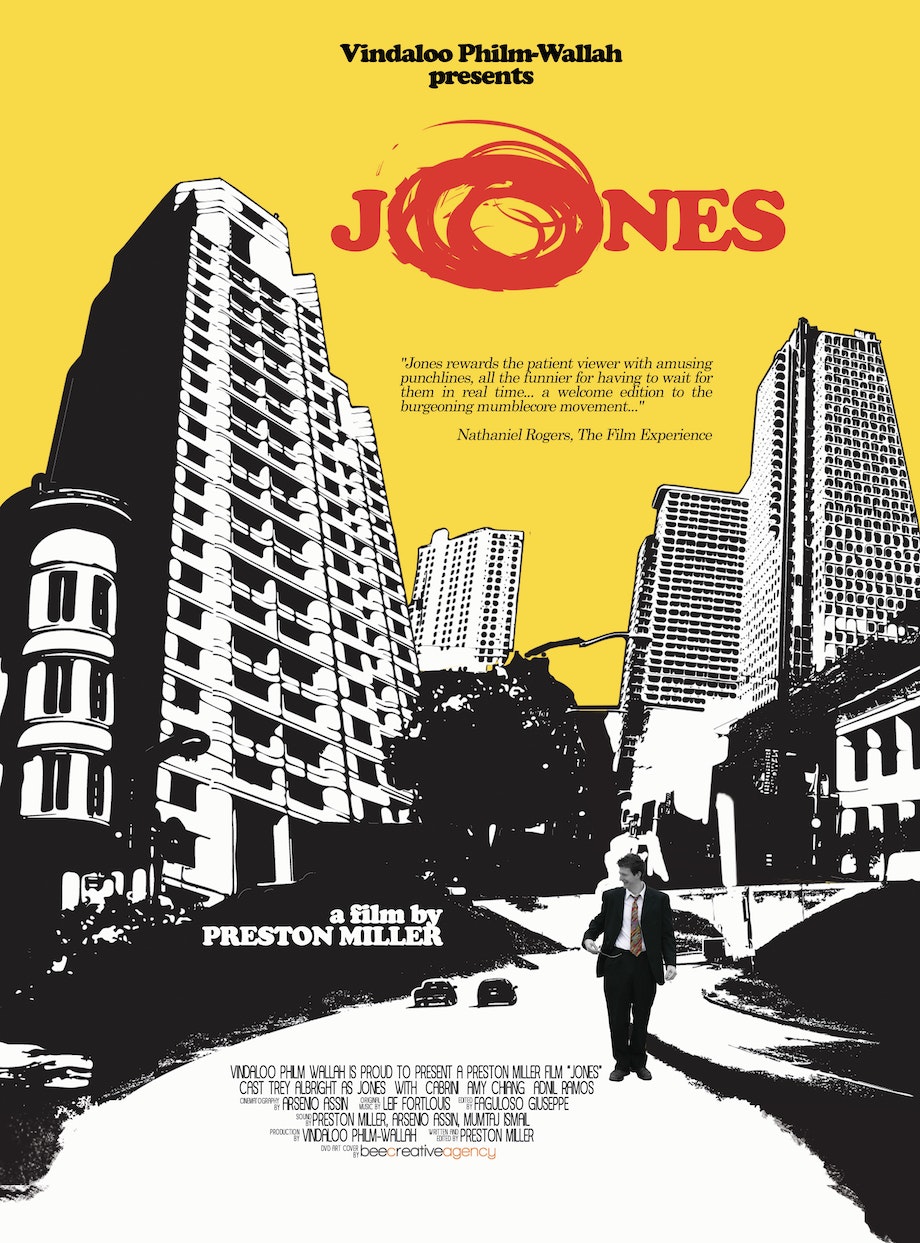 JONES is a grim and graphic morality tale about a very likable guy who might be as detestable as any you'll find. Shot in real time across the landscapes of New York City, JONES' elegant compositions are as invigorating as they are provocative.

JONES, a genial, young father-to-be arrives for the first time to New York City on business. His work schedule allows for enjoyable strolls through the city, taking in the enormity he's most unaccustomed to back home in South Carolina. He might even go see a lecture given by his favorite author, Haruki Murakami. In New York there is everything; great bars, colorful characters, tall buildings and beautiful Asian call girls. Jones has a problem. He sees NYC as a place to indulge his excesses without the worrisome burden of guilt. No one here knows him, and the people he meets, he'll never see again. To Jones they are more like shadows than human beings. He gleefully keeps in touch with his pregnant wife back home while drinking, smoking and carousing about the city. On his final evening, he visits a brothel for an unpleasant encounter with reality, something he thought he left outside of his playland. Will Jones be changed, or is he programmed to deceive? One thing is for sure, JONES will make you re-examine your own definition of self-worth...or is this just not how the world works? ________________________________________________________________________________________________________

JONES was originally to be a 15 minute short. It was conceived as a vehicle to highlight my shooting and directing style in order to raise money for another one of my scripts. While on set, the actors, the DP and myself kept letting our imaginations run free and shooting and shooting. After assembling the rough cut, we had about an hour and a half running time, all this on a 12 page script! After attempting to raise money for three feature length scripts over five years, my first feature was born for less than $2000.

This story of the young male run amok in the Big City is a tether with a number of threads. The “story” was overheard at a bar during a film festival I attended last year. Some stud was upset that his inexpensive escort was unable to pleasure him in a way he was accustomed because she had given birth a few weeks before. He was more upset that he lost some money than seeing the real tragedy that was uncomfortably being contemplated by everyone else in his group. I then began to draw a character portrait in my mind of this guy and gave him a backstory that was not far from my own. I am originally from the South and I remember as a younger man the exhilaration and awe of my first visits to New York City. Say what you will about your magical hometown, there is only one NYC and you know it the second you see it from the airplane or the turnpike! More recently, my wife and I had a beautiful boy and the thoughts of insecurity and the sense of panic was still very fresh in my mind from when she was pregnant. You know that your life will change forever, but how exactly? What will this young father have to give up and what will he get to keep? How much longer does he have before last call? To me, our fears and insecurities define us. Through this prism we can make good or bad decisions. This character of JONES is a dilettante and sometimes a fool. But like the omniscient viewer, he is human and divinely fallible.